Christian Ministries International, founded in 1975 by Dr. Ron Carlson, is a ministry devoted to Evangelism and equipping Christians to have "Answers for their Faith," I Peter 3:15. Our specialized ministry involves both refuting the false teachings of the Cults, World Religions, and Evolution and sharing the Gospel with those ensnared by false religious philosophies.

We are strongly committed to historic Biblical Christianity and the Word of God. Our heart is for evangelism through Christian apologetics and training Christians to gracefully "Contend earnestly for their Faith," Jude 3.

Christian Ministries International holds Seminars in churches throughout North America and also works with mission organizations around the globe in training national pastors and missionaries to effectively respond to the cults and religions that are active on the mission fields of the world.

A wealth of excellent educational resources, including books, audio CD's, DVD's and videos are available through our online bookstore. Our prayer is that you will grow in grace and truth to the glory of Jesus Christ, our Lord and Savior. 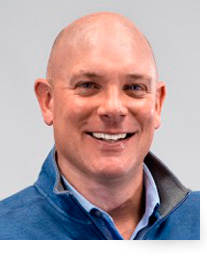 Rev. Jason Carlson is the President of Christian Ministries International, an organization devoted to evangelism and equipping Christians to share their faith with those in cults, world religions, and false philosophies. Jason assumed the leadership of C.M.I. with the passing of his father, Dr. Ron Carlson, in June 2011.

Jason’s ministry outreach has taken him to 30 countries on six continents speaking and teaching in churches, conferences, schools, universities, and seminaries. Jason is a gifted communicator with a keen intellect. He clearly and lovingly communicates the Biblical Christian worldview in response to contemporary cultural challenges facing the church, the various world religions, and false philosophies such as Darwinian Naturalism and Postmodernism.

He is a graduate of Bethel University having majored in Philosophy and Biblical Theology and has his Masters degree in Philosophy and Christian Worldview from Bethel Theological Seminary in St. Paul, MN. His travels include two study tours in Israel and the Middle East.

Jason has appeared on numerous national radio programs, including "Today's Issues" with Tim Wildmon of The American Family Association and "Worldview Weekend Radio" with Brannon Howse. He has also contributed to a number of book projects, including serving as an Associate Editor for the CSB Apologetics Study Bible for Students and also contributing a chapter on the Resurrection to Apologetics for A New Generation, a terrific resource edited by his friend Sean McDowell.

In addition to his ministry with C.M.I., Jason serves as the Senior Pastor at Lakes Free Church in Lindstrom, MN. He has also taught as an adjunct instructor for Bethel Theological Seminary in St. Paul, MN and for the University of Northwestern, St. Paul. 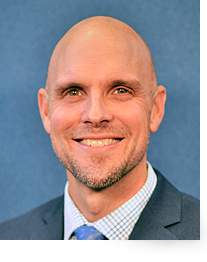 Jared Carlson serves as Vice President of Christian Ministries International, an organization devoted to evangelism and equipping Christians to share their faith with those in cults, world religions, and false philosophies. Growing up in a ministry family, spanning generations, Jared has cultivated a love for God’s word and excitement for sharing the gospel to all ages.

With a dynamic and passionate style of communicating, Jared captivates audiences with his love for Christ and evangelism. His ministry has taken him to 20 countries on four continents speaking in churches, conferences, youth and family camps, and numerous high schools, colleges, and seminaries.

Based on studies and life experiences, including serving as a missionary in the Philippines with his family, study tours in Greece and Turkey, and teaching at pastor’s conferences across the globe, Jared brings a breadth and depth to teaching about various world religions and cults, as well as cultural issues facing the modern Church. With a unique ability to lovingly speak the truth, Jared has been a guest on various local and national radio shows and podcasts.

Jared is a graduate of Bethel University with a degree in Biblical Theology and Communications. He received his Masters degree in Theological Studies from Bethel Theological Seminary in St. Paul, MN. In addition to his role with C.M.I., he also serves as the Senior Pastor at GracePoint Church in New Brighton, MN, where it has been his joy to teach and shepherd for over 20 years.

Dr. Ron Carlson, the founder and original President of Christian Ministries International, was called home to be with the Lord on June 16, 2011. Prior to his death he had been recognized worldwide as one of the foremost authorities and lecturers in the areas of cults, world religions, evolution vs. creation, and Christian Biblical apologetics.

Dr. Carlson traveled and lectured in 90 countries on six continents. His lectures in Churches, Universities, Mission and Pastor's Conferences were known for their powerful, Biblical response to the false religions and philosophies of our day. He had a captivating style of speaking, presenting the truth in a loving and graceful way that reached both the mind and heart of believers, as well as skeptics.

Ron graduated from Bethel University with a degree in Philosophy and Bethel Theological Seminary in St. Paul, MN with a Masters degree in Theological Studies. He took additional studies at Jerusalem University College in Israel, University of California, Irvine, and California State University, Hayward. He received his Doctor of Divinity from Northwest Graduate School of Ministry in Redmond, WA.

He authored two books, including his most recent, Fast Facts on False Teachings, co-authored with Ed Decker. This book has been translated into seven languages around the world and has made a tremendous impact giving Christians a solid foundation for sharing the truth of the Gospel with those in cults, world religions, and false philosophies. Carlson also authored Transcendental Meditation: Relaxation or Religion?

As an accomplished public speaker, Ron had been a guest on numerous Christian and secular radio and television programs worldwide on six continents. These included several interviews on CBN's The 700 Club, CBN's Straight Talk, Trinity Broadcasting Network, Coast to Coast, as well as many programs overseas. He had also been a frequent quest on radio programs, including "Truths that Transform" with Dr. D. James Kennedy, "Point of View" with Marlin Maddox, and many others. He was also a featured speaker with Worldview Weekends for many years.

Ron had also served with his family as missionaries in the Philippines for two years.

Today, his wife of 36 years and his two sons, Jason and Jared, are proudly carrying on the ministry of Dr. Carlson. Ron lived a remarkable life, he served the Lord well, and his legacy will ripple throughout eternity for the glory of Jesus Christ. 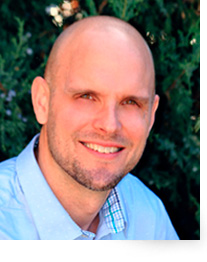 Rev. Jared Carlson is the Vice President of Christian Ministries International. With a dynamic and passionate style of communicating, Jared captivates audiences with his love for Christ and passion for evangelism. His ministry has taken him 20 countries on four continents speaking for conferences, youth and family camps, and numerous high schools, colleges, and seminaries.

Jared is a graduate of Bethel University with a degree in Biblical Theology and Communications. He received his Masters degree in Theological Studies from Bethel Theological Seminary in St. Paul, MN. His travels include study tours in Greece and Turkey.

In addition to his role with C.M.I., Jared also serves as the Senior Pastor at GracePoint Church in New Brighton, MN.